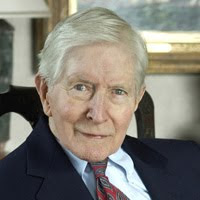 Frank Batten Sr., who built a communications empire that spanned newspapers and cable television and created The Weather Channel, died Thursday. He was 82.Batten was the retired chairman of privately held Landmark Communications and a former chairman of the board of The Associated Press. Batten died in Norfolk, Va., after a prolonged illness, Landmark Vice Chairman Richard F. Barry III said. Batten was a visionary executive who earned a reputation for spotting media trends and was in the forefront of development of cable television in the 1960s. AP.
Posted by anon at 10:44 AM