After CBS “Late Show” host Stephen Colbert told viewers that lawyers representing his old Comedy Central show said he couldn’t be “Stephen Colbert” anymore, he thumbed his nose at them with a transparent dodge, the AP's David Bauder reports.

Lawyers representing his old company complained to CBS after he revived the character he played under his own name on “The Colbert Report” — a clueless, full-of-himself cable news host. They said that the character “Stephen Colbert” was their intellectual property, “which is surprising, since I never considered that guy much of an intellect,” Colbert said on the “Late Show” on Wednesday.
The audience booed when Colbert, “with a heavy heart,” said it has been decreed that the character is kaput.
“I feel the same way, but what can I do?” Colbert said. “The lawyers have spoken. I cannot reasonably argue that I own my own face and name. And as much as I’d like to have that guy on again, I can’t.”
More
Posted by Poster One at 4:28 PM No comments:


The Globe and Mail has a national readership of 7.4 million people across all platforms, including the country’s leading digital audience of 5.6 million readers a week, the Globe's James Bradshaw reports.
First-quarter research results from Vividata, a new venture that surveys 38,000 consumers about the reach of 113 publications, suggests that 80 per cent of Canadian adults read a newspaper each week, while 70 per cent have perused a magazine.
Print readership remains relatively strong, especially on weekends, even as publications across Canada struggle with declining print advertising revenue. Seventy per cent of newspaper readers consumed stories in print only or in some mixture of print and digital formats, and The Globe’s print audience held steady at 3.9 million, trailing only the Toronto Star.
Full story
Posted by Poster One at 11:17 PM No comments:

Verizon buys Yahoo for $4.83B, marking end of an era

Google and Facebook are two of several companies that have eclipsed Yahoo, which was once valued at $130 billion. Yahoo attempted to buy both companies while in their infancy.
Full AP story
Posted by Poster One at 7:52 AM No comments:

Twitter’s vice president for media in North America, Kirstine Stewart, will be leaving the company, CP reports.
A Twitter spokesman confirmed in an email Thursday that Stewart will part ways with the social media company.
But Cam Gordon said Twitter is “not sharing any other details at this time.”
MORE
Posted by Poster One at 5:02 PM No comments:

The Toronto Star said in a memo to its newsroom employees that it was putting a hold on a proposed review into workplace culture, after the Star’s union of employees withdrew its support for the process, the Financial Post reports.
The Financial Post story
Posted by Poster One at 11:07 AM No comments:

Excerpt from the Nieman web page piece on Roger Ailes by Ken Doctor:
"Roger Ailes brilliantly and happily made a deal with the devil to divide the country – pounding talking point after talking point, understanding pre-digital memes – as only a great political operative could. That deal twinned Fox News Channel’s ability to prosecute Rupert Murdoch’s views and churn huge profits, now estimated at about $1.5 billion a year."
The whole article
Posted by Poster One at 11:00 AM No comments:

Tom Gould, a quintessential newsman who helped launch Canada AM and served as vice-president of news for CTV News, has died. He was 84.
Gould spent more than 50 years in journalism with bylines across television, print and radio. He is credited with helping guide CTV’s news coverage from the time he joined the network in the mid-1960s.
As vice-president of news, Gould helped steer the network’s coverage and was on deck during the years that Lloyd Robertson and Harvey Kirk sat at the anchor’s desk. He was also responsible for handling W5, news specials and other CTV News programming.
Gould also worked in front of the camera as a national correspondent for CTV News, and was a regular television presence on “The Backgrounder”  that offered analysis to the daily headlines.
He is remembered as a bullish reporter and smart newsman who had a sensitive touch with his stories.
Gould died of cancer at his home in Niagara-on-the-Lake.
Posted by Poster One at 8:10 AM No comments:

Roger Ailes is out as chief executive at Fox News Channel and Fox Business, his career at the networks he built from scratch and ran with an iron hand for nearly 20 years over with stunning swiftness following allegations that he forced out a former anchor after she spurned his sexual advances.

Hours before the final night of the Republican National Convention, network parent 21st Century Fox announced Thursday that Ailes would resign immediately.
Rupert Murdoch, the executive chairman of 21st Century Fox, will assume the role of chairman and acting CEO of Fox News Channel and Fox Business Network until a replacement is named.
Murdoch and 21st Century Fox and Murdoch did not address the widening scandal in the statement on the resignation but lauded Ailes for his contributions.
AP story
Posted by Poster One at 5:50 PM No comments:

Randy Boswell of the Ottawa Citizen writes:
"We learned recently that the Ottawa police issued a false press release in April 2014 about the supposed discovery of a blood-stained metal bar during its probe into the death of Barrhaven woman Jagtar Gill in January 2014.
"Some may be tempted to applaud the fake news alert as part of an enterprising series of “investigative prompts” designed to trigger incriminating actions by the two suspects under police watch at the time. Indeed, both were found guilty Wednesday of first-degree murder."
Full Ottawa Citizen story
Posted by Poster One at 2:46 PM No comments:

While its profits have more than tripled from the same time last year, Shaw Communications is raising rates for residential TV, internet and phone customers starting in August.
The Calgary-based company says customers can expect to see a monthly fee increase of up to $5 for television, $2-3 for internet and $1 for phone services, depending on the services they subscribe to.
"This rate adjustment is due to both rising operational costs and investing in our network and technology advancements" as "more people connect with more devices, more often," Shaw said on its website.
The company will work with customers "on a one-on-one basis" to review their packages and address concerns, it added. (CBC/CP)
More
Posted by Poster One at 6:15 PM No comments:

The Toronto-based Corus says its loss for the three months ended May 31 amounted to $15.8 million or 10 cents per share, which included debt refinancing costs and expenses related to acquisition and restructuring. That compares with a year-earlier loss of $8.1 million or nine cents per share.
Revenues were $360.8 million — up 78 per cent from $203.1 million — helped by advertising, subscription fees and merchandising.
Since the quarter ended, Corus has cancelled the Global TV investigative news program 16X9 after eight seasons and has let go The Morning Show co-host Liza Fromer at the end of her contract.
Corus president and CEO Doug Murphy said the company is pleased with progress since the Shaw Media acquisition.
More
Posted by Poster One at 5:53 PM No comments:

Long-time Toronto Star columnist Rosie DiManno has been charged with assault, the Star's Alex Ballingal reports.
Ontario Provincial Police in Bancroft allege there was a “physical altercation” involving two people who were visiting nearby Wollaston Township Tuesday night, according to a police press release. The alleged altercation occurred near Finnegan Lake, about 100 km north of Belleville.
As a result of an investigation into the incident, 60-year-old DiManno was charged with one count of assault, the release stated.
DiManno is scheduled to appear in a Bancroft court July 26.
Posted by Poster One at 11:13 PM No comments:

Bell Media not suffering without NHL

"By their own admission, Bell Media and TSN were sad to see the end of their relationship with the NHL, but their first fiscal year without the league’s national broadcasts was still a success.
"In financial numbers released recently by the Canadian Radio-television and Telecommunications Commission (CRTC), TSN made a pretax profit of almost $100-million in the 2015 fiscal year, down 3.4-per-cent from $103.5-million the previous year. This includes results from the 2014-15 NHL season, the first under chief competitor Rogers Media's 12-year, $5.2-billion national broadcast contract with the league.
"Rogers Media’s profits were also healthy in that first season, despite all of the gloomy news about falling ratings and ad revenue and the job losses that followed in year two. According to the CRTC’s numbers, the networks operating under the Sportsnet umbrella – Sportsnet, Sportsnet One and Sportsnet 360 – earned a pretax profit of $84.8-million. That represented a jump of 20.3 per cent from 2014, when the CRTC reported Sportsnet made $70.4-million."
More
Posted by Poster One at 8:17 AM No comments:

Around half of newspaper readers rely only on print edition

Interesting study from Pew Research:
Link to the study
Posted by Poster One at 4:14 PM No comments:

Sydney H. Schanberg, a correspondent for The New York Times who won a Pulitzer Prize for covering Cambodia’s fall to the Khmer Rouge in 1975 and inspired the film “The Killing Fields” with the story of his Cambodian colleague’s survival during the genocide of millions, died on Saturday in Poughkeepsie, N.Y. He was 82.
More
Posted by Poster One at 4:24 PM No comments:

Canadian clothing retailer Joe Fresh took advantage this week of an unintended celebrity endorsement, promoting the fact the Prime Minister Justin Trudeau’s eldest children, Xavier and Ella-Grace, were sporting the company’s designs on centre stage at the Parliament Hill Canada Day festivities.
After Trudeau’s official photographer posted the pictures on the prime minister’s official Flickr site, the company lifted the image and used it in a paid-for Facebook post, though not before editing out Heritage Minister Mélanie Joly and Sharon Johnston, the wife of Governor General David Johnston.
“We’re happy and honoured the Trudeau family kids, Xavier and Ella-Grace, celebrated the Canada Day weekend in Joe Fresh,” the July 5 posting said. (CP)
More
Posted by Poster One at 8:27 PM No comments:

Torstar CEO David Holland to step down later this year

"The president and chief executive officer of Torstar Corp., David Holland, will retire later this year, paving the way for a new regime to take charge of the company that publishes the Toronto Star at a difficult stage in its history.
Torstar announced Wednesday that Mr. Holland, 58, who joined the company in 1986 and has served as CEO for seven years, will leave this fall. A search for his successor is under way."
Full story
Posted by Poster One at 10:40 AM No comments: 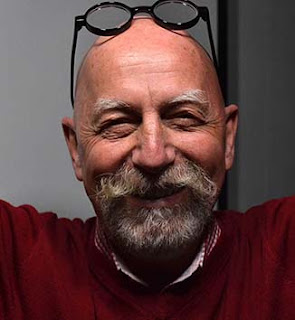