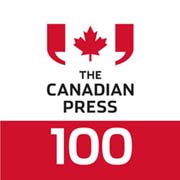 CP's John Ward writes:
The Canadian Press, the national news service that was created during the First World War to bring home stories from the European front — and went on to become the country's go-to, real-time source — turned 100 Friday.
But even dedicated news junkies might not know where to send a birthday card.
Described by some scholars as a cornerstone of Canadian history, CP remains a mystery to many, a low-profile but central part of the news landscape. Its news stories, photos, videos and radio broadcasts, in both official languages, appear in almost every media outlet in the country, yet readers or listeners are often unaware of their source.
The agency was established in 1917 by an Act of Parliament, as newspaper publishers looked to share stories across a massive, thinly populated country. With the war raging in Europe, Canadians were hungry to hear about their troops. Coverage of the Canadian military has remained a top priority for CP, the only news outlet to have a reporter stationed in Afghanistan throughout the duration of that conflict.
As it grew into a non-profit co-operative owned collectively by member newspapers across Canada,
Full story
Posted by Poster One at 11:13 AM