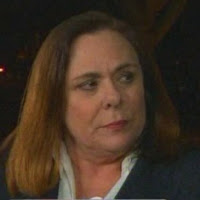 Crowley will take the reins of the program beginning February 7, replacing John King, who is departing to launch a 7 p.m. daily show that will fill the void left by the exit of Lou Dobbs. As part of the transition on Sunday, "State of the Union" will be reduced to an hourlong show, airing at 9 a.m. Under King, it was a four-hour affair.
Posted by anon at 12:06 PM