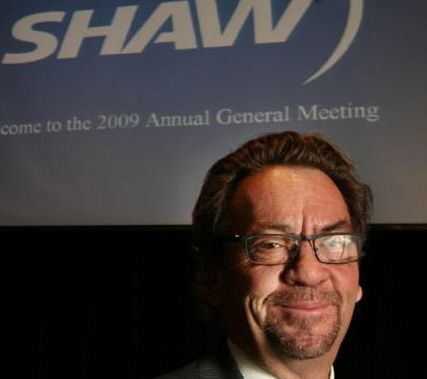 Jim Shaw has knocked aside an 11th-hour rival bid and won court approval to take control of the CanWest Global Communications Inc. broadcasting empire. The Superior Court of Ontario gave the green light late yesterday to Shaw Communications Inc. despite a competitive offer filed in the early hours before the court hearing. The competing bid came from private equity firm Catalyst Capital Group and included CanWest’s founding Asper family, Wall Street heavyweight Goldman Sachs Group Inc. and former executives of Rogers Communications Inc. The court hearing became heated as Shaw threatened to walk from the deal if it was not approved by midnight. The Catalyst-led bid came in at roughly 3:30 in the morning yesterday, according to a report by the independent monitor appointed to oversee CanWest’s restructuring. The move complicated court proceedings that were expected to rubberstamp the Shaw deal.
While the new bidders asked for an adjournment until Monday to allow a comparison of the two deals, Shaw sent a message through its lawyer saying it was not prepared to wait for a decision, and in fact insisting the company would walk away from the offer if no decision had been reached by midnight on Friday.
Posted by Poster One at 10:31 PM