The National Post reports that rather than retake a group photo after the departure one of its anchors, the Sun News Network simply decided to “erase” the ex-employee and paste in anew one.In a Tuesday Web post announcing the channel’s return to Bell TV, the network’s anchors are featured at an April 1 ribbon-cutting with Toronto Mayor Rob Ford.To account for the June departure of Theo Caldwell, third from right in the second photo below, image editors pasted over the former anchor with a discoloured, mildly out-of-proportion image of his replacement, Michael Coren. 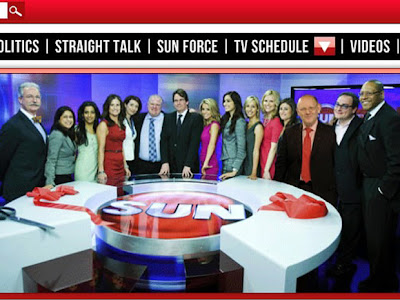 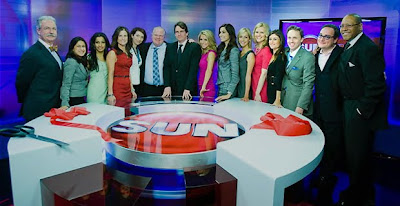 This practice has a long history in the former Soviet Union where ousted members of the Politburo were simply retouched out of group photos.
Posted by Poster One at 3:30 PM