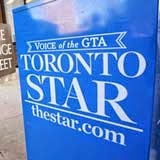 A note from the Star publisher:
"On Feb. 5, the Toronto Star published a Page 1 article with the headline 'A wonder drug’s dark side' beneath a 'Star investigation' label.
" The article focused on several young women who had grown sick sometime after taking the anti-papillomavirus vaccine Gardasil.
" The story included the caveat that none of these instances had been conclusively linked to the vaccine.
" However, the weight of the photographs, video, headlines and anecdotes led many readers to conclude the Star believed its investigation had uncovered a direct connection between a large variety of ailments and the vaccine.
"Some doctors and public health officials were troubled by the story treatment and by the lack of reference to the many studies which conclude the risks of Gardasil are low. . . .
"All vaccines, including Gardasil, have side-effects. The better known they are, the more safely the vaccine can be deployed.
"This is what the article sought to achieve as well as to note that acknowledged risks are not always properly communicated.
"We remain committed to this line of reporting. However, we have concluded that in this case our story treatment led to confusion between anecdotes and evidence.
"For that reason, the Gardasil story package of Feb. 5 will be removed from our website."
The whole text
Posted by Poster One at 11:44 PM