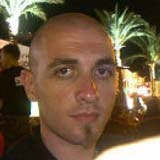 A Libyan independent Internet journalist whose work helped galvanize public anger against Moammar Gadhafi was shot dead Saturday while collecting video for his online television network. Mohammed Nabbous, founder of Libya Alhurra TV, died in Benghazi shortly after posting a report about violence in a residential area of the city. In the last video he posted on his Livestream channel, Nabbous describes a day of bombing in an area of Benghazi called Hai al Dollar. The short video displays damage to homes and cars from what Nabbous describes as a bombing raid on innocent people. “This is just not good anymore. He has to be stopped,” Nabbous wrote.

Click on the title to read more.
Posted by Poster One at 1:46 AM