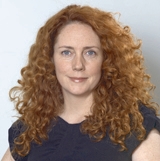 Rebekah Brooks, the News International chief executive, has resigned after 11 days of mounting political pressure over the phone-hacking scandal. Brooks announced her decision to News International staff in Wapping just before 10am on Friday, saying her resignation had been accepted by Rupert and James Murdoch. She said she no longer wanted to be a "focal point of the debate" surrounding the company's future and reputation. She stopped short of issuing a personal apology.
Posted by Poster One at 7:57 AM