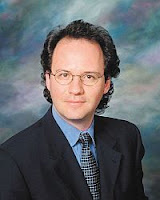 Michael Geist, the Canada Research Chair in Internet and E-commerce Law at the University of Ottawa has weighed in with recommendations to reform broadcasting. Notably he says the policy of simultaneous substitution should be abolished. "Injecting competition into this environment would include establishing a pick-and-pay option for consumers that would allow them to pay only for those channels they actually want and removing the simultaneous substitution policy that grants Canadian broadcasters the lucrative ability to substitute their feed (commercials included) over the same U.S. feed. Dropping simultaneous substitution, which has turned some Canadian private broadcasters into little more than U.S. affiliates, would force the broadcasters to compete with their own original content and help to ensure that Canadian content is made to be watched, not just made to comply with regulatory requirements." Toronto Star
Posted by anon at 8:56 AM