Page One: Documentary on The New York Times rubs insiders the wrong way 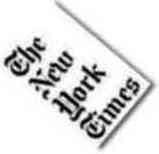 The Globe and Mail's John Barber writes:
"Andrew Rossi knew that journalists could be cantankerous well before he made a film about the inside workings of The New York Times. In fact, it was just that quality – as embodied in a cranky, dishevelled, sarcastic wreck of an old gumshoe reporter named David Carr – that first inspired Rossi to make the film Page One: Inside the New York Times.
"But it wasn’t until The New York Times itself published a scathing review of the result that Rossi felt the sting himself. The review, penned by freelance media pundit Michael Kinsley, contained “wild inaccuracies” and “gross misstatements,” the filmmaker complains, sounding for a moment almost like one of the sputtering victims his film’s hero skewers so neatly in his dogged pursuit of the big story.
But the reaction among ordinary people couldn’t be more different, according to the filmmaker. “We’ve found that outside the media elite towns people love the film,” he says. . ."
Click on the title to read the full review.
Posted by Poster One at 10:20 AM