AP Layoffs Over But Morale Is 'In The Toilet' 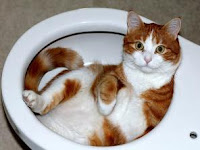 "Morale -- which was low before -- is completely in the toilet now," says an editor who left AP during the recent buyout and still maintains contact with former colleages.Secrecy has been a long-running characteristic of the current management of the newsroom, says the editor, who's been in touch with laid-off staffers.So it's no surprise that e,ployees were left in the dark regarding job cuts. The editor laments the loss of talent -- and lack of faith in management -- at "the most important news organization in the world." Things used to be more open, says the editor, but "AP has become more top-level than ever before" at the expense of hearing valuable staffers' thoughts on improving content and moving the company forward.
Posted by anon at 10:15 AM