Here is a memo sent out today announcing to staff the tretirement of CTV News anchor Chrristine Bentley. 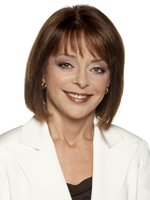 This is a significant day in the history of our newsroom. After 35 years with CTV News, Christine Bentley has decided to step down from the anchor desk, and take on new projects outside of CTV. Christine will make the announcement on air in a few minutes from now, and this Friday’s 6:00pm newscast will be her last. Christine wanted you all to know about her decision before she makes it public.In 1977, Christine joined CFTO as an ambitious young reporter, fresh out of Barrie. She worked her way up to the Queen’s Park beat, eventually joining Ken Shaw at 11:30 PM on what was then known as Nightbeat News. Years later she and Ken re-teamed at suppertime, on Toronto’s #1 newscast. Today, Christine is a household name from Oshawa to Hamilton, and she is one of the most recognizable personalities in our city. She marks this career milestone knowing that she has helped keep CTV Toronto as strong as ever; both in quality and in the ratings.On a personal note, I want to thank Christine for her unfailing dedication to our viewers. You could not begin to count how many school plays, family celebrations and parents’ nights were missed, because she knew the viewers expected to see her on TV, night after night. Then there were the evenings and weekends where her presence at charity events helped raise millions. It was a huge commitment over many years. Paul Rogers, Senior Vice President
Posted by anon at 9:41 PM