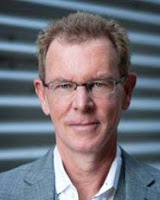 Eric Morrison has been named Sun Media’s new vice president of editorial and will lead the company in a reorganization of news operations on all platforms, Quebecor Media Inc. said today in a release.
Morrison is a veteran news executive, bringing with him years of experience from Canadian Press and CTV.
"Eric Morrison is one of Canada's most experienced news executives and is uniquely qualified to shape a modern, national newsgathering operation," Sun Media president and CEO Pierre Karl Peladeau said in the release. "This is an important step in Sun Media's drive to deliver high-quality news to Canadians, both in the multimedia environment and via our established newspapers, which continue to be the foundation of our operations."
Morrison cited the Sun Media newspapers’ commitment to community in the release. “Creating an effective news organization that will build on the strengths of the Sun Media network is an exciting mission," Morrison said.
Morrison was president of Canadian Press until June 2011, when he stepped down after 14 years at the head of the newswire service.  His resignation came at what CP called “the completion of a rigorous two year process for an historical reinvention of the news agency” that had included a change in ownership and a change to a for-profit business model. "He was the driving force behind technological innovations in areas such as web, mobile and video, which transformed CP into a multimedia news agency,” a statement from the board said at the time of Morrison’s resignation. “He was passionate about delivering on the organization's core mission of providing trusted, round-the-clock, real-time news and information in English and French for all media platforms."
The Quebecor release today also noted restructuring that would be taking place in the advertising and industrial branches of Sun Media.,
Posted by Poster One at 5:54 PM