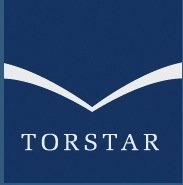 Torstar Corp. reported a sharp decline in profit in the second quarter as its media division continued to struggle with plunging print advertising revenues and even its book publishing business hit an unexpected lull.
Torstar, which publishes the Toronto Star and the Metro chain of free daily newspapers, said Wednesday that net income for the quarter was $18-million or $0.23 per share, down 44% from $0.41 per share in the same period last year.
Its romance novel publishing division Harlequin posted a surprising drop, said David Holland, president and chief executive of the Toronto-based company.
“We had anticipated lower earnings at Harlequin but not to this extent,” Mr. Holland said during a conference call with analysts. “Lower volumes, including a deterioration in overseas volumes, which we were concerned about in the last quarter, were responsible for the shortfall to expectations.”
more
Posted by Poster One at 11:06 AM