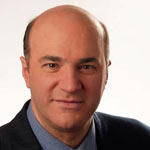 The language of business commentary, which Kevin O'Leary delivers daily on CBC News Network, was questioned in the most recent complaint to the corporation.
O'Leary said:
"The incumbent CEO has not delivered anything for shareholders," O'Leary commented on the financial performance of General Electric during an April 21 broadcast. "And at some point, the institutional shareholders are going to put a bullet in his head."
Such a metaphor, asserted viewer Dick Harling, was "encouraging terrorism."
While the vocabulary would be uncommon for a traditional news program, executive producer Robert Lack defended the co-star of "The Lang & O'Leary Exchange," even if he contradicted CBC practices that demand an avoidance of violent wording "except where its omission would alter the nature and meaning of the information reported."
So, the complainant still wasn't satisfied.
CBC ombudsman Kirk LaPointe stepped in to determine whether or not O'Leary was out of line. Previously, he admonished the host for the use of the term "Indian giver."
When it came to statements like "greed is good" and "I love money" or calling unions a "parasite" on business, however, they were regarded in line with the arch role for which he was hired.
Similarly, the terms associated with the brutality of big business weren't inappropriate, according to LaPointe.
"Beyond the 'bullet in the head' to describe a leader who must be ousted," wrote the ombudsman, "there is the stock's 'dead cat bounce,' the takeover-resistant 'poison pill,' the board with its 'knives out' and the company 'bloodletting.' Similar imagery can be found in sports, politics and entertainment."
Posted by Poster One at 2:55 PM