News of the World apologises to Sienna Miller 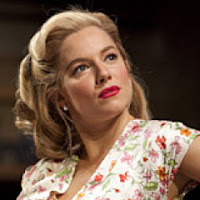 News of the World tabloid offered "sincere apologies" in court for hacking into the mobile phone messages of actress Sienna Miller and agreed to pay her £100,000 in damages and legal costs. This comes two months after the paper printed an apology in a newspaper scandal that has engulfed a string of high-profile figures and in 2007 led to the jailing of one of a journalist and a private investigator. Miller is a popular actress currently starring in a re-make of Terrance Rattigan's WWII play Flare Path in London.
Posted by anon at 8:31 PM