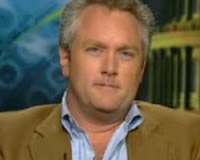 Conservative media publisher and activist Andrew Breitbart, who was behind investigations that led to the resignations of former Rep. Anthony Weiner and former U.S. Agriculture Department official Shirley Sherrod, has died in Los Angeles. He was 43. Breitbart’s website, bigjournalism.com, announced Thursday he died of natural causes in Los Angeles in the early morning hours. His death was confirmed by Breitbart.com editor-in-chief Joel Pollak, who said he was at the hospital, and by the Los Angeles County coroner’s office. Breitbart was walking near his house in the Brentwood neighborhood shortly after midnight Thursday when he collapsed, his father-in-law Orson Bean said. Someone saw him fall and called paramedics, who tried to revive him. They rushed him to the emergency room at UCLA Medical Center, Bean said.
Posted by anon at 11:56 AM