The battle of the breakfast babble 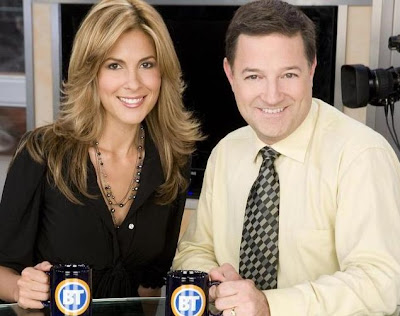 It's shaping up as the Battle of the Breakfast Babble. This flash is written in the sky as Rogers Media applies to start its own 24-hour TV news service, CityNews Channel. It will, of course, go head-to-head with CP 24, the CTV local cable yapper. We say this will be a major breakfast title bout because Rogers is no doubt going to return its once supreme Breakfast Television (BT) to 24 hour news. CTV, for its part, is not going to let Rogers muscle in on CP Breakfast turf without a fight. This channel, if approved, will also permit Rogers to place its 6 p.m. news program, CityPulse with Gord Martineau, up against Ken and Christine at CTV Toronto. What remains? Only whether the new CityNews Channel will eat 680 News alive. That's what happened when CP 24 swallowed CHUM-AM, putting all those DJs out of work.--Courtesy the South Bayview Bulldog
Posted by anon at 10:15 PM