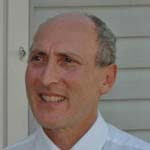 Canadian Press reporter Colin Perkel was aboard a Chinook helicopter that crashed on landing under moonlight in a remote part of Panjwaii district in southern Afghanistan early Monday. Four Canadian soldiers were injured, one of them seriously. The chopper, carrying five crew and about 25 soldiers along with Perkelt, flipped onto its side, throwing men and equipment into a mad tangle of bodies, weapons and gear. Sources tell Planetguys that Perkel got bumps, a bloody nose, bruises, but is ok. Some of his equipment - including glasses and camera - was lost or damaged but he managed to file pix and story all the same.

Click on the title to read his story and see his photos of the chopper.
Posted by Poster One at 10:06 AM